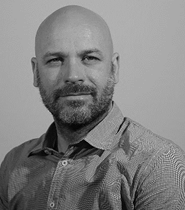 Stephan Wedrich studied architecture at University of Applied Science in Frankfurt, Germany. He graduated in 1998 with a Diplom Ingenieure in Architecture (Masters of Architecture). From 1998 until 2000 he collaborated with the Department of Architecture and Urbanism of the City Government of Frankfurt am Main, Germany.

In 2001 he went to London for private study of architectural theory before he collaborated with an architectural Practice as a Freelance to realise different Housing Projects. From 2002 until 2015 Stephan collaborated with Herzog & de Meuron. He became an Associate in 2008 and as a Project Director he managed several Projects. Among others he was the Project Manager of the Elbphilharmonie in Hamburg, Germany. Since 2015 he is an Associate at Burckhardt & Partner in Basel, Switzerland.